Two names, two destinies and two different gambles, which have a paramount common denominator though: LVMH. In the last few weeks, the French giant have closed the “Emilio Pucci deal”, therefore acquiring 100% of the capital assets of the fashion brand (they previously owned 66% of it). Yet, most of all, they have achieved two more deals, which are extremely interesting and show a broad, long-sighted outlook.

The former spotlights and makes big again one of the presumably most influent designers in the fashion system. More specifically, we are talking about Phoebe Philo, who is the one who successfully carried out Celine transformation along with its financial boost: the brand’s revenues moved from 200 million euros up to over 700 million euros in 2017, when she quit her job as director of the brand. The latter concerns the current creative director of Louis Vuitton’s menswear, namely Virgil Abloh, the super cool brand founded by himself: Off-White.

The comeback of Phoebe Philo

LVMH gamble regarding the comeback of Phoebe Philo, aged 48, to fashion, can be recapped in a nutshell. For the very first time, the French giant is supporting a designer label without including it in its own portfolio. As the designer comes back into the fashion system, she is not just being appointed as creative director: in fact, for the records, she is going to be the owner of her own brand in partnership with LVMH.

Still, we do not have many details about the identity of the brand (presumably, they are due to unveil it in January 2022). For sure, it is going to be an apparel and accessories fashion house “well-established in outstanding quality and design”.

However, as pointed out by Bernard Arnault, LVMH Chief Executive Officer, we are talking about “one of the most talented fashion designers in our present history. I am particularly happy I will liaise with Phoebe on her entrepreneurial enterprise, and I wish her the best of luck with it”.

As far as she is concerned, the fashion designer has commented, while speaking to Business of Fashion: “I am looking forward to getting back in touch with my public. It is extremely important and meaningful, to me, to be independent, have command and experiment on my conditions”.

By reason of an “innovative deal”, LVMH have acquired 60% of the capital assets of Off-White; Abloh, therefore, still holds 40% of the capital. Yet, despite that, he will be given carte blanche, in terms of creative decisions, by the French luxury multinational corporation. In other words, he will be free to range even beyond Louis Vuitton’s men lines.

In other terms, Abloh will be entitled to launch brands and sign partnership agreements will all LVMH brands. For example: “Some areas in the business wine – commented Abloh while speaking to WWD – are particularly appealing to me. Likewise, a few areas linked to hospitality and jewellery, as much as some small niches into the fashion segment. I have always kept my eyes open to see the way fashion, art and culture may combine with each other.

This is a valuable opportunity to drive the growth of new business segments and, at the same time, establish my roots into LVMH group”. Michael Burke, President and Chief Executive Officer of Louis Vuitton, stressed the fact that such partnership agreement is going to set a new kind of relation between a creative director and a major corporation, such as LVMH.

Rent fashion and its sustainable paradox

Luxury and its renewed sense of durability

The Chinese syndrome may drive luxury up the wall 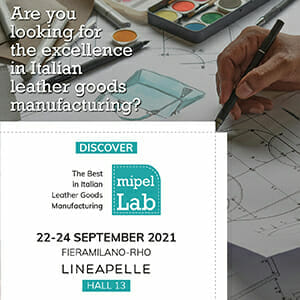