We posed the question to our social media community, involving them into a virtual discussion regarding colors. This gave us an idea of what tones are coloring their thoughts and hopes

It was an open, if not very open question: what’s the right colour for your future? We asked our social media community, specifically those that follow and interact with Lineapelle on Instagram. That’s about 16,000 followers. Some left a comment and many simply gave their preference; that’s how we managed to get an idea of the preferred tones. This tells us that a color isn’t simply a tool for the fashion industry, but that it actually represents a way to live life.

What’s the right colour of your future

In the end, 6 colors were preferred over the others. In order: green, blue, pink, orange, red and white. We decided to create some stories and have them compete: these were the results. Between green and blue 67% chose the latter, which wasn’t surprising also given the current period we find ourselves in. 68% chose pink, when the colour competed against orange, while red won against white with 64% of the votes. There appears to be a reflective component that fits into the idea of passion, and yet is mitigated by the romantic tone of the color pink.

With regards to the colour pink, jogill_designermaker’s commented; “(the future, Editor’s note, ) would have to be pink, it’s such an uplifting colour. It still has resonance at both the cooler or warmer ends of the spectrum a the same goes if it is muted or vibrant”. label88 on the other hand wrote: “Should be green but at the moment in love with red”.

The debate on heels, part 2: the sentence of numbers

The debate on heels: are they still a must or not?

Discover the beauty and green power of Italian tanning at Lineapelle

Luxury flies high: here are all the first-half reports 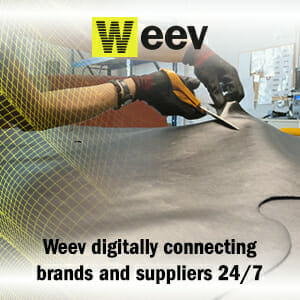