Re-Starting could mean (also) overturning everything. In this sense, in a historical moment where we all would like to be (already) post-Covid, we have a certainty. It bears the name of Balenciaga and its creative director. The brand and Demna Gvasalia, in fact, literally breaking through the table of the fashion system, rewriting its codes. Starting with a certain video that sees Homer Simpson as protagonists

This article is kicked off by the latest edition of the now traditional Lyst Index, a report packaged by the homonymous global luxury clothing and accessories research platform. It is based on the behavior of Internet users, evaluating it through interpolations between searches, conversion rates and sales. Well: in the third quarter of 2021 Balenciaga conquered the first position, taking it away from Gucci.

He succeeded for many reasons, starting with the incredible social hype aroused by the look worn by Kim Kardashian at the Met Gala 2021, last September. A black dress that literally hooded her from head to toe (you can see it by scrolling below) and that made online searches for Balenciaga products jump up by 505%. Just one example, which is added to all those we are about to write about, but which demonstrates how a restart moment like the current one should be interpreted. In other words, in the light of a real disruption, capable of overturning and rewriting the codes of the fashion system. Also involving The Simpson in this process. Here’s how.

We are at the Théâtre du Châtelet in Paris. It is the day of the Balenciaga show included in the women’s Fashion Week calendar. That something special is on the way can be understood from the fact that the 64 looks of the collection parade outside the entrance to the theater, as if they were on the Cannes Red Carpet. In other words: the show is not the highlight of the presentation, but its prelude. Mingling with the guests, models parade, enter the theater, sit in the stalls area to attend the real show to which Balenciaga has invited its community.

It lasts 10 minutes and is an episode of The Simpson tailored to the occasion. Self-irony pushed to the limit of sarcasm. The seriousness of fashion expressed without taking itself (exasperatedly) seriously. The desirability of luxury which, in the light of its unattainability (yes: economic), is pilloried and overturned by 180 degrees. Fashion that finds itself by relying on the faces of the inhabitants of the “most depressed city in the United States”: Springfield. For Balenciaga, the icon of Summer 2022 is Homer Simpson along with all his fellow citizens. If it’s not disruption …

From successful sneakers such as the Triple S and Speed ​​models to the latest social boom generated by the dress worn by Kim Kardashian mentioned in the first lines. Passing through a “hacked” collaboration with Gucci. Extreme transversality is the mantra that guides Balenciaga’s strategies. Not surprisingly, one of his latest “releases” is purely virtual: the collection for the Fortnite videogame. A transversality that no other brand is able to express in such a distruptive way.

To the point that CEO Cédric Charbit, echoed by Demna Gvasalia, defines it as the “new era” of the brand, characterized by growing financial success. According to analysts’ estimates, in fact, Balenciaga’s annual turnover reached about 1.5 billion euros. A value that places the brand after Gucci and Saint Laurent in the internal ranking of the Kering group, and which would have allowed it to overtake Bottega Veneta.

Sales, explains the CEO, are split equally between bags, shoes and clothing. Percentages that, underlines Business of Fashion, could highlight a weakness. The one of collecting too little, compared to other brands, from leather goods and clothing. But that’s okay with Charbit: “It’s a healthy and consistent balance for a modern luxury brand”. 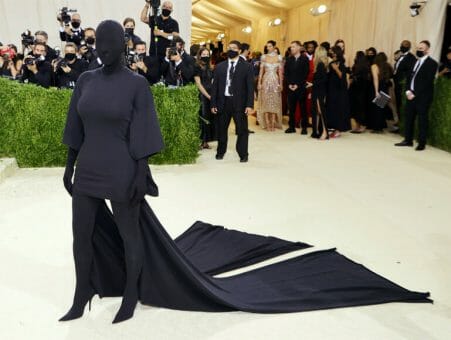 “We want to be clear about the fact that Balenciaga is streetwear and couture at the same time,” Charbit explains to CoF. “Very few brands have a high fashion positioning like us, with the type of archive and the rich history we have. It is important to celebrate it”. The CEO then stated that Gvasalia “has changed the trajectory of this brand in the long term” and that “redefining Balenciaga is helping to redefine luxury”. Overturning it, precisely.

The return of the fashion shows and their creative explosion 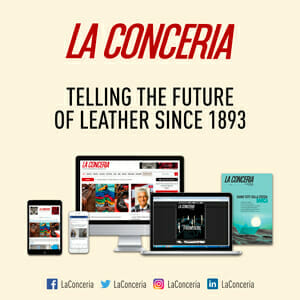